Watch Freddy Lim, co-founder and CIO and Stephanie Leung, Co-CIO, discuss the latest global events and their potential impact on the markets and on our investment portfolios.

Hello everyone! Welcome to this week's Market Commentary by StashAway. Here we have Freddy Lim, our Chief Investment Officer, together with myself, Stephanie Leung, our Chief Investment Officer as well. So Freddy, I know there's been some headlines about Saudi Arabia raising oil production finally, can you comment a little bit on that? And also, how should we think about inflation going forward?

It's more like a statement saying we are ready to raise production should sanctions on Russia affect output significantly. As you know, the EU is already contemplating a partial ban on some Russian oil imports by the end of the year so that created a lot of concerns about inflation a couple of weeks ago. So this statement has really alleviated that fear. And we saw the oil price, the WTI crude oil futures, came back down quite substantially today. This is a welcome development in terms of inflation. Separately as well, moving beyond Saudi Arabia's announcement, if you look at the data, in particular, if you look at the Fed's preferred measure, which is the PCE core deflator, it has started to come in for the first time since February 2021. It had its first decline finally. I know it's early days, but if we get a couple more months of such easing off in core inflation, it would really help boost confidence again in global markets.

Yeah, indeed. I mean, some very, very good signs coming out from the US. And as we all know, inflation is the core reason why the Fed has been raising interest rates. So if inflation starts to ease off a little bit, then maybe the Fed has more room to manoeuvre.

Yes, exactly. But separately, we also heard developments out of China. And I just wonder if you can give us an update on China.

Yeah, I guess China has been kind of in a very, very severe economic slowdown particularly in the past quarter. If you look at Q2 estimates for China's GDP, economists are expecting only 2.7% GDP growth this quarter. And of course that is still high on a global basis but compared to the target set by the government, which is 5.5%, it's severely undershooting. And the key reason of course, is because of the latest COVID cases that are rising in China that triggers sort of a complete lockdown in a big city like Shanghai. There was actually a lot of concern about a potential lockdown in Beijing as well. Luckily we're seeing, I guess, the end of the current wave of COVID with cases actually falling in major cities. So right now there's only 3 cities still with curbs, which are Shanghai, Beijing, and Tianjin. Shanghai's lockdown is gradually easing so people are able to actually go back to work etc. Beijing escaped the lockdown and they're starting to ease as well. So I think as you look at kind of how the Chinese economy will kind of evolve from here, I think it's quite likely that we've seen the worst already given COVID development. On the other side, there's also been a lot of stimulus measures announced by the government. The key difference this time, though, compared to 2020, is that the government has been fairly cautious about putting too much emphasis on monetary support - they're not really pumping a lot of money into the economy, but rather they're trying to stimulate the economy through fiscal policies. For example, tax cuts or infrastructures. The difference is that in 2020 you see a V-shaped recovery because monetary policies actually work very, very fast to support asset prices and to support the economy. But these fiscal policies actually take some time. So I guess even though the worst may be behind us, it will take some time for these policies to work through. So it's not very likely that we're going to see a V-shaped recovery, but maybe a more gradual one. More importantly, a lot of people have been concerned about supply chain issues coming out from China, which impacts inflation, which Freddy you talked about, and with the easing of COVID, I think the supply chain could see some relief from here - which could help the inflation environment in the US and the rest of the world as well. Given everything that's happening, how should we think about different asset classes, particularly the bonds, right? Because bonds in the last 12 months have taken a very, very severe hit. If you adjust for volatility, the drawdown of bonds is actually even worse and or close to during the financial crisis. So, Freddy, how should we think about that?

Well, what we need is a stabilisation of core inflation indicators. And we have the first sign with the latest data. But this is too early to make a call that the bond market is going to reverse. But we have some encouraging signs. And what we need is a few more months, maybe 3 straight months of decline that will really turn things around for the global bond markets. And China, if they can sort of reopen more or minimise supply chain disruptions, would definitely help. And it seems like things are perhaps moving towards that direction. So overall, I think personally, I think the bond markets have priced in as much negative news as possible already at this moment. It is about to enter a transition phase. It could actually reverse its fate once stabilisation comes in for inflation. And global asset classes would also be watching that very closely. Unfortunately, everybody's watching the same thing, rate policies. Don't forget, we still have the Fed continuing to try to reduce their balance sheet by nearly 1.1 trillion USD a year. And that will remain sort of a braking mechanism on growth so we still need to account for that. But overall, I think we are about to enter a transition.

Yeah, especially when I guess the market is transitioning from worries about inflation to worries about slowdown, particularly in the US that typically would provide a more supportive environment for bonds, particularly at the long end. So thank you, Freddy and we have actually a few webinars coming up. So for those who are interested or for those of you in Singapore, Malaysia, and Hong Kong - on Tuesday, June 7th, 7pm, we have a She Invests Masterclass. This is a topic on Leveraging Venture Capital Opportunities. On June 8th, Wednesday at 7pm, we also have A Deep Dive into StashAway's Advanced Investment Framework, so please be sure to subscribe and thank you everyone and we'll see you again in 2 weeks' time. 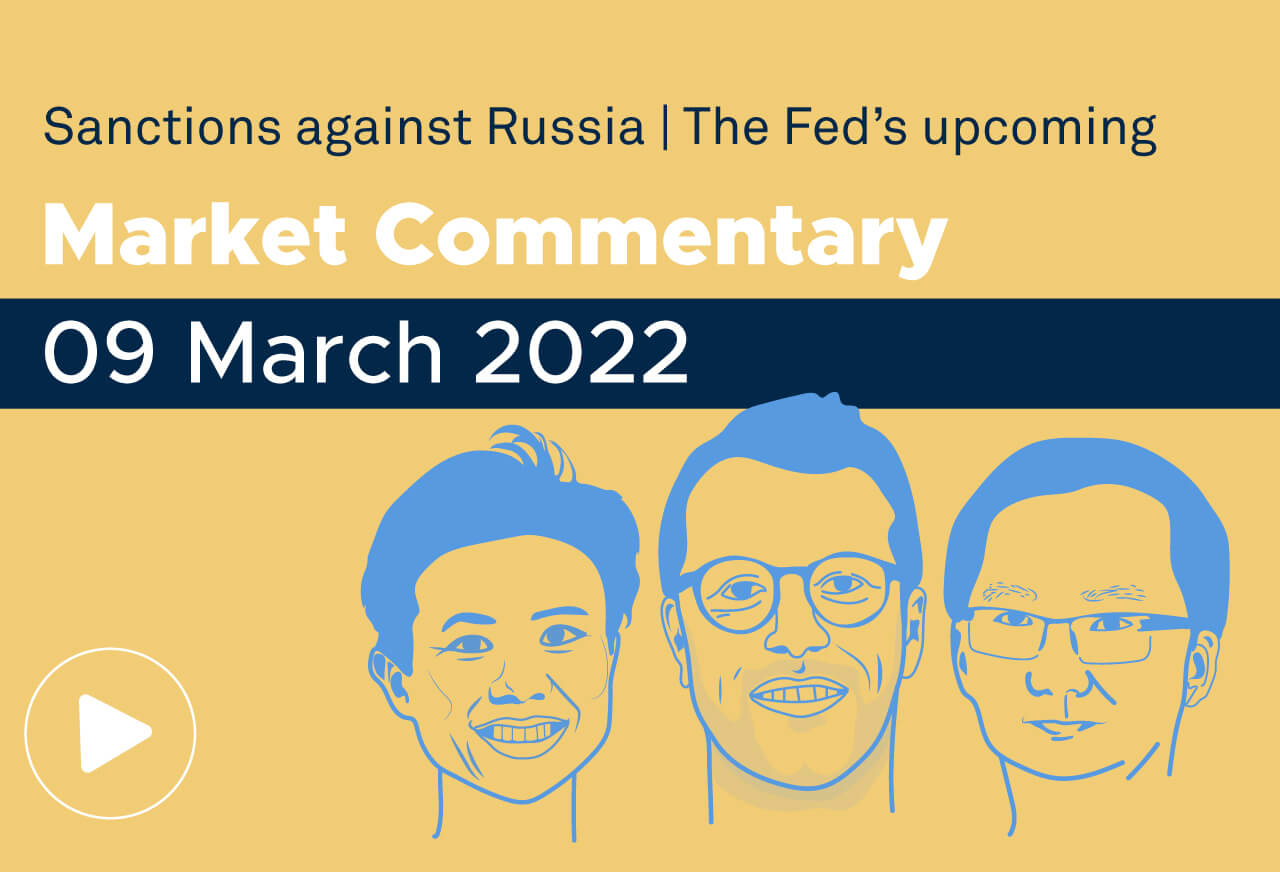 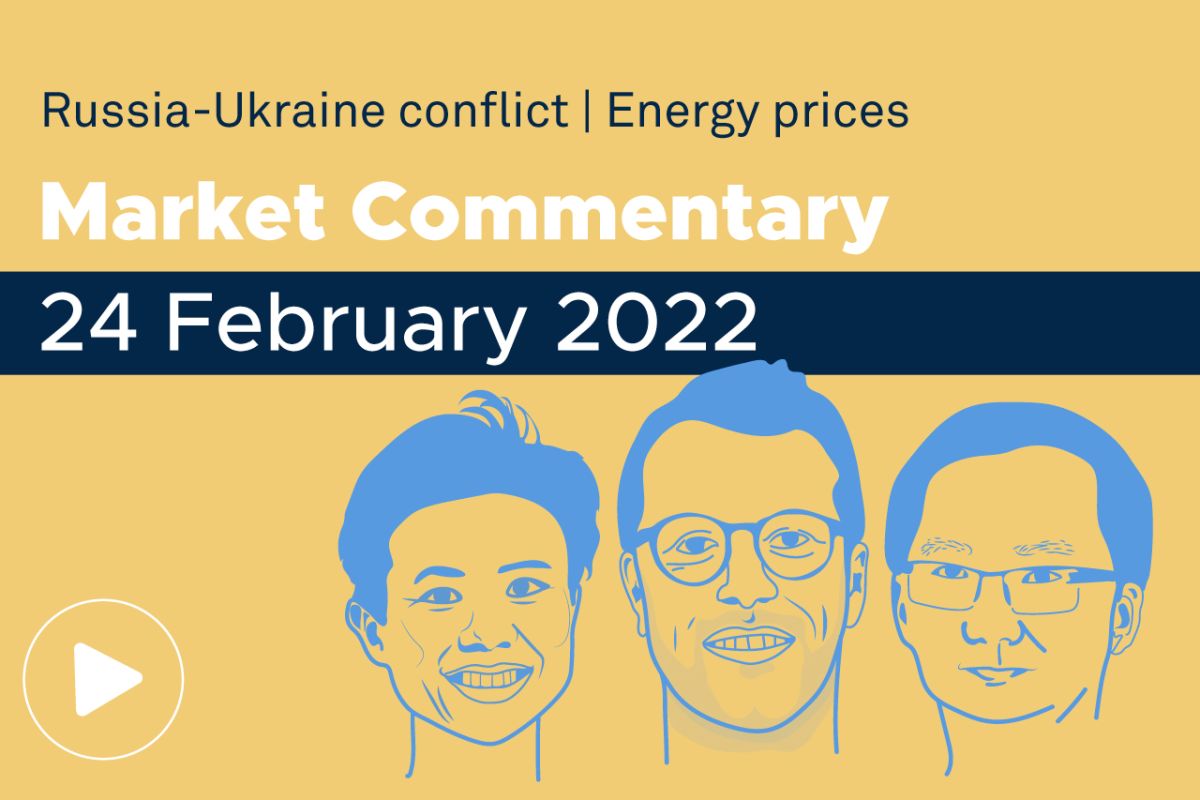 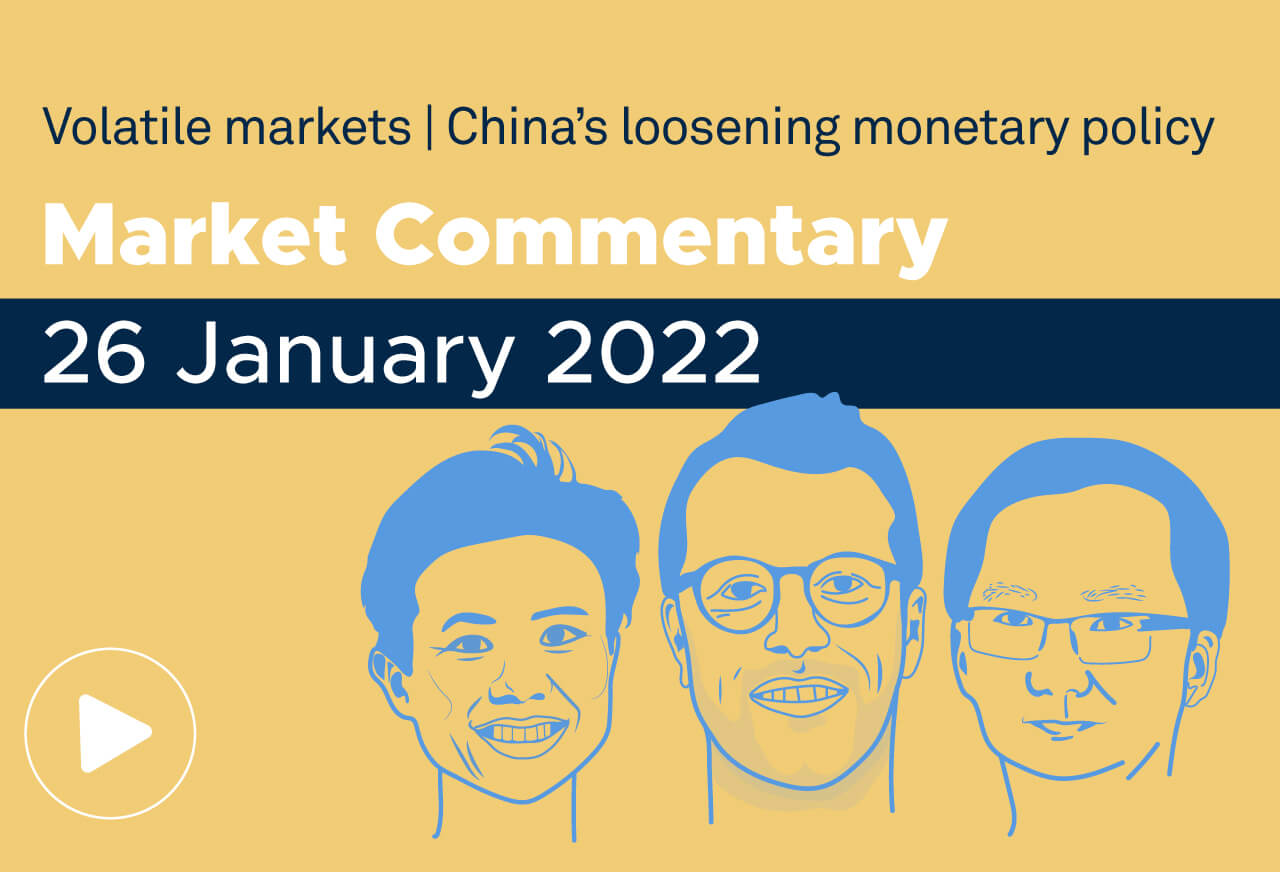